« Back to The Inner Sage Blog « Older Entry | Newer Entry » 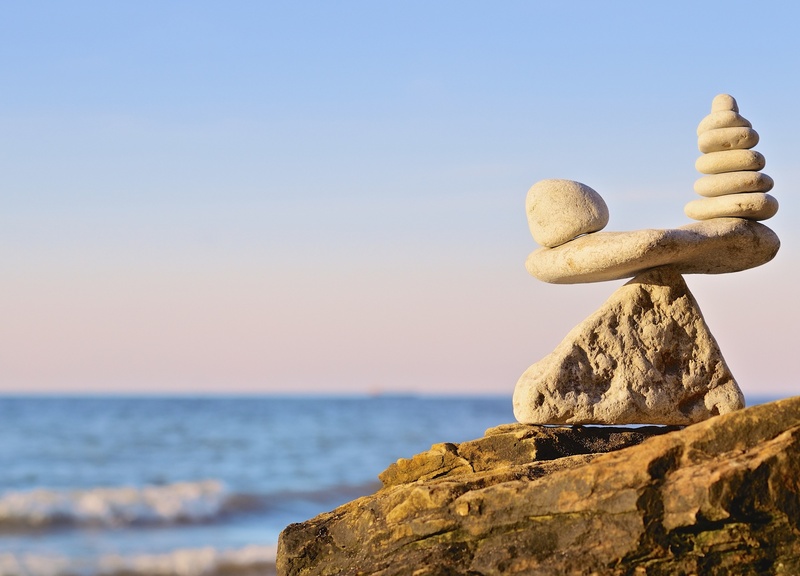 Life in its entirety is about balance, living in equilibrium between the opposites and extremes. It is about the dualities that make up such equilibrium and need to find and maintain the balance between them.

Consider the dualities that surround us, good/bad, black/white, happy/sad, moon/sun, male/female and so on.

In the instance we do not keep the balance then life will find it’s way to ensure we are forced to. How often has you heard or seen someone who has lived at an extreme, perhaps a workaholic, only to be brought back into balance by a force not under their control, such as retrenchment or illness?

Newton’s Third Law of Motion, “Every action has an equal and opposite reaction”, when we are imbalanced it is natural law that we will experience the opposite reaction in order for balance to be restored.

The familiar Taoist symbol of the yin/yang demonstrates this perfectly. The yin/yang symbol is a symbol of dualities, dualities that create the whole. It reminds us that every aspect of life has an equal opposite. Such as male, female; sun, moon; earth, water; good, bad and positive, negative. One aspect cannot exist without it’s reverse.

So often in our Western society we have been taught only to view life via one aspect, the good/positive or what was once known as the “Pollyanna outlook”. Consider most of the early personal development books, they were chiefly about maintaining optimism and that being negative was a “wrong” thing to do. Yet this in itself creates a pressure and imbalance that can only be reinstated via the equal and opposite reaction…..negativity.

Yet even if we take this symbol and chose to only look at one section, let’s say the white which representative of heaven, light, positive, bliss, masculine, penetrating etc you will notice that there is a reminder that the opposite still exists as in the small dark circle. This too if you take the other section the black, representative of dark, negative, passive, female and absorbing – the light still exists denoted via the small white circle.

Put simply what this means is that whether you are in a positive or negative experience the opposite energy still exists. For example if I am feeling really, really amazing I could easily trigger another’s inadequate feelings, yet too if I am feeling low it might be the catalyst for me nurturing myself. Actually quite a lot of talented people have created their best works when in a low phase, Spike Milligan is a prime example.

It is interesting that in math when we have a positive and a negative (or equal amounts of each) that they negate each other and are brought back into a neutral position. Doc Childre, CEO and Founder of HeartMath LLC explains this position of neutral quite eloquently:

“Neutral is a state where you are not jumping ahead too quickly or moving too slow. Neutral does not mean being inactive, complacent or passive. It’s about a calm poise that allows for new information and new possibilities to emerge before taking further action. When in neutral you actually increase your sensitivity and intuitive intelligence. Neutral is fertile ground for possibilities to grow from”

Therefore if we wish to live life in a state where we have peace, happiness, unconditional love, balance and neutrality then we simply need to ensure we are in equilibrium and do not have attachment to either the positive or negative. Uncertainty and disorder occur when one is outweighed by the other.

Oops, you forgot something.

The words you entered did not match the given text. Please try again.